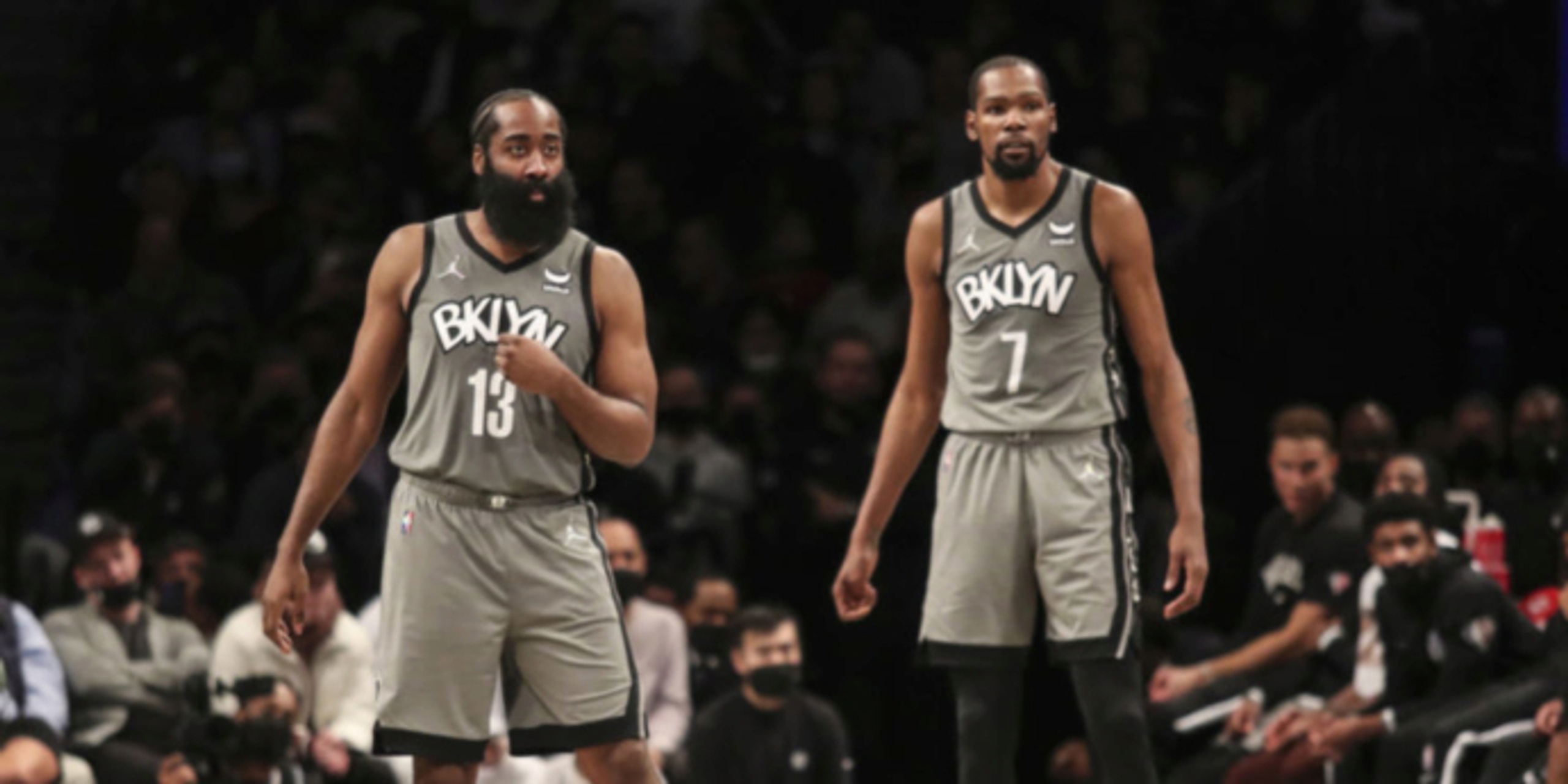 If there’s one thing we can say about the son of Dell Curry, it’s that he surely can shoot a basketball. Finally, it appears that he’s found a home — in Philadelphia.

That’s right, we’re talking about Seth Curry, who enters play on Oct. 31 as the NBA’s league leader in three-point percentage. Certainly not the first-ballot Hall-of-Famer as his older brother Steph, the younger Curry has done his part to help redefine the concept of the “Splash Brothers.”

Obviously, it’s early, and Seth continuing to shoot 63% from distance isn’t a trend that’s likely to hold up across the entire season, but that certainly doesn’t make it any less noteworthy, much in the same way that some other early-season trends have captured our attention.

Entering play on Oct. 31, the gross majority of the NBA’s teams have played five or six games, and at this point, it’s fair to say we have a sample size.

With that, it’s worth checking out our five biggest early season surprises.

Charlotte may have a star not named ‘LaMelo’

Miles Bridges has already gotten a fair amount of praise for his strong start to the season, but the Charlotte Hornets have come under newfound scrutiny after ESPN’s Brian Windhorst reported that Bridges was “only” offered a four-year, $60 million rookie extension from his team. As a result, Bridges is preparing for restricted free agency this summer, and it’s safe to say he’s motivated to earn a big payday.

Aside from helping to lead Charlotte to a 4-2 record in its first six games, Bridges has put up some eye-popping numbers: 25.5 points, eight rebounds and 1.8 steals per game. More importantly, he’s shown a better-than-advertised ability to play with the ball in his hands, which is a net-positive that will allow LaMelo Ball some opportunity to operate off of it.

Many looked at the four-year, $90 million extension that Mikal Bridges received from the Phoenix Suns as the kind of payday that Charlotte’s Bridges (no relation, by the way) could be eyeing this summer. But if he continues to play anywhere near as well as he has over the first two weeks for the season, he may very well be headed for a lot more.

The Knicks were pretty good last season, but many around the league considered them to be a bit of a shooting star. With the strong additions made by the Chicago Bulls and Washington Wizards, a healthy Miami Heat team had some believing that the Knicks would be contending to avoid a spot in the play-in tournament more than home court advantage. Yet after the first two weeks of the season, their 5-1 record puts them in a four-way tie for first place in the Eastern Conference. With Saturday’s win over the New Orleans Pelicans, the Knicks are 3-0 on the road. They boast fairly impressive wins over the Boston Celtics, Philadelphia 76ers and the Bulls, as well.

Perhaps they will cool down as the season continues, but the Knicks enter play on Oct. 31 making a league-leading 16.7 three-pointers per game. They are scoring 117 points per game, which makes them second (to the Charlotte Hornets, believe it or not, who are scoring 117.5).

Check out Kemba Walker’s game log and RJ Barrett’s line from Saturday night and you’ll see that there’s plenty for Tom Thibodeau to be pleased about.

Kyrie isn’t the only player missing in Brooklyn

The Brooklyn Nets would probably like nothing more than to get everyone to stop thinking about what they’d look like with Kyrie Irving on the floor, but the team’s relatively slow start hasn’t helped that cause. Neither has James Harden.

Designated the conference favorite by virtually every sports book, without Irving in the lineup, Brooklyn entered the season hoping that both Kevin Durant and Harden could channel their superpowers and resemble the players they were when they each won MVP in 2014 and 2018, respectively. Durant has held up his end of the bargain, while the same can’t necessarily be said of his partner in crime.

Entering play on Oct. 31, the Nets are just 3-3 and Harden himself has been fairly pedestrian.

Admittedly still working his way back into shape after suffering a Grade 2 hamstring sprain during last season’s playoffs, through the first six games of the season, he’s averaging 18.7 points on 37.1% shooting from the field — his lowest output since he wore an Oklahoma City Thunder uniform.

The good news is that Harden turned in his strongest effort of the season on Friday night when the Nets secured a much-needed victory over the Indiana Pacers. He got to the line 19 times and scored a season-high 29 points. The Nets obviously hope that starts a new trend.

In the NBA, it’s less about how you start and more about how you finish. But in the early going at least — save for one game — Harden’s 2021-22 campaign has been uninspiring.

Without Irving, head coach Steve Nash will be hoping for increased productivity from his cast of role players, as well as Harden and Durant. They’ve fallen short. Brooklyn ranks 20th in the league in team field goal percentage (43.4%) and are only scoring 102.5 points per game — 25th in the league.

At this point, the saving grace for Brooklyn has been allowing opponents to shoot just 42.2% from the field, which ranks fourth in the league. Still, they rank 20th in offensive rebounds allowed and 26th in total rebounds allowed, so there are some obvious areas of concern.

Fortunately, both Harden and the rest of his team have got plenty of time to turn things around, and Harden definitely showed signs of life versus Indiana on Friday night.

It’s been a rough five games for the Los Angeles Clippers. Playing without both Kawhi Leonard and Serge Ibaka, it was probably fair to assume that they wouldn’t come storming out the gate, but a 1-4 start has got to be considered somewhat disappointing. That’s especially true considering the relatively strong play of Paul George.

George enters play on Oct. 31 averaging 27.6 points per game to go along with an incredible 3.4 steals per game. He’s also averaging 7.8 rebounds and 3.6 assists per contest while shooting what would be a career-best 50% from the field. But he’s pretty much the only starter who has things going for them at the moment.

Reggie Jackson and Eric Bledsoe comprise the Clippers’ starting backcourt, and they haven’t necessarily been inspiring. The duo are combining to score just 24 points per game on a miserable 26.5% shooting from deep.

Surprisingly, the team’s bench has been decent. As a unit, the reserves rank 13th in the league in scoring. The major issue, is the lack of efficiency with which everyone not named Paul George has been scoring.

Obviously, it would be difficult for any team to sustain without players the caliber of Leonard and Ibaka, but the Clippers were hoping to see Terance Mann and Ivica Zubac take a step forward and for Justise Winslow to have an impact. It hasn’t been the case so far.

Although both Damian Lillard and the Milwaukee Bucks are surprising for the wrong seasons, it is the Washington Wizards who are most worthy of our affection at the moment.

Like the Knicks, the Wizards enter play on Oct. 31 with a 5-1 record, with their last three wins coming over the Celtics (who they beat twice) and the Hawks. It would be easy to give Bradley Beal the credit for the team’s early success, but with 24.4 points per game, he’s scoring almost seven less points per game than he did last season. He’s also been shooting quite poorly, managing just 36.3% from the field and a miserable 21.6% from three-point territory.

It would be the team’s supporting cast, plain and simple.

Put quite simply: the pieces fit.

If there is an area of concern for Wes Unseld’s team, it would be that they’re not sharing the ball exceptionally well. The Wizards manage just 20.5 assists per game, which ranks them 26th in the league. They’ve already had seven different players start a game, thanks partially to both Dinwiddie and Beal missing a game each… So the search or chemistry and continuity continues.

Nonetheless, the Wizards have gotten off to an impressive start, and although many people expected them to be an improved club from last season, few predicted they’d be sitting atop the East at any point.

If there’s anything we’ve learned about the NBA from years past, it’s that the regular season is a marathon. Guys are going to get hurt and some will have hot stretches, while some will cool down. Some guys will transform as they begin their primes, while age and attrition will take a toll on others. It’s the nature of the game.

Nonetheless, after about two weeks and six games, every team has at least a small sample size to help draw some conclusions, figure out what works and determine what doesn’t.