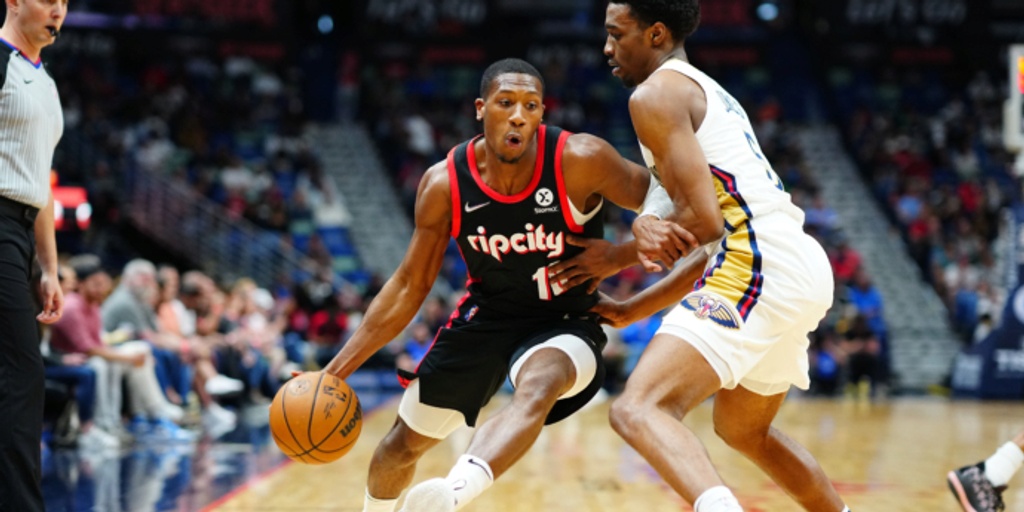 NBA players don't choose the pressure that comes with being a top draft pick.

For many, the increased spotlight and expectation to turn a franchise around can be overwhelming. In a league where fit carries so much weight and the "bust" label gets thrown around recklessly, some young athletes simply need more time and a better supporting environment to work their way to professional success.

Cam Payne was all-but finished as an NBA player, then roared back with the Phoenix Suns in the 2021 playoffs and now has a firm place on a contending team's roster. Stanley Johnson had bounced around the league before showing his merit with the Los Angeles Lakers last season.

For the following three players, their NBA future is murky. But they've shown enough at their recent stops to make them worthy of another look from the league. If they can channel some promise into production, they could make for the next great comeback story.

Noah Vonleh, the No. 9 overall pick from the 2014 NBA Draft, is getting his next shot with the Boston Celtics. The Massachusetts native has earned a training camp tryout for a team with open roster spots and a need for big man depth. If Vonleh is going to beat out Luke Kornet, Mfiondu Kabengele and Bruno Caboclo for a spot in the rotation, he'll have to prove he can take his success in the Chinese Basketball Association back to the NBA.

The 26-year-old averaged 15.0 points, 9.9 rebounds, 2.5 assists and 1.5 blocks per game with the Shanghai Sharks last season — his first year overseas. He hit 38.0% of his threes on 4 attempts per game, which is a combination of volume and efficiency Vonleh rarely showed in the United States. The CBA three-point line is a bit shorter, but Vonleh knocking down shots in this context is nonetheless a positive.

Vonleh had to create more for himself with Shanghai than he likely will need to in Boston. He hit 40% of his catch-and-shoot threes, shot 46.7% on pick-and-pop plays and made 71.4% of his attempts on cuts, per InStat Scouting. He's a capable passer out of post-ups with some solid touch around the basket and a nose for rebounds.

The desired version in Boston is a Vonleh who can come off the bench and be a threat from behind the arc while attacking closeouts and threatening defenses with his passing and short-range scoring. At the same time, Vonleh has to clear a defensive bar to work in the Celtics' switch-heavy scheme. We'll see if he can accomplish it all, but the requisite flashes are worth giving him a shot.

I will always, always, always go to bat for Kris Dunn earning a spot in the league. He's become kind of a journeyman and I think that's wild. He brings so much as a passer (like below) but also as a finisher and defender pic.twitter.com/pMER13WRjf

There's got to be a situation where Kris Dunn fits as a specialist piece. The 2016 No. 5 pick played for his fourth NBA team, last season, appearing in just 14 contests with the Portland Trail Blazers. Dunn hasn't picked up a contract or training camp invite for next season, and I just don't understand how he can fall through the entire league with some of his high-level skills.

Dunn is one of the better guard defenders in basketball. He creates steals and transition chances with his length and strong frame. He contains drives and rebounds surprisingly well for his position. Dunn has moments of inconsistency and fouls a lot, but I believe he'd be a tier below an All-Defense-caliber player if he received rotation minutes.

And then, the offense... Yeah, he's a non-threat as a shooter right now and a bit of a wild card as a creator. But Dunn's court vision is extraordinary and he can create space for himself and others with his handle and passing. This is not a Matisse Thybulle-esque situation where Dunn is an offensive impediment. He has enough positive moments worth buying into.

I foresee Dunn as a defensive playmaker who can at least set the table and keep pace high during his rotation playing time. Maybe there are too many valleys to warrant steady minutes. But he absolutely warrants a look off of his defense alone, with offensive upside still untapped.

Papagiannis played a mere 39 games in less than two seasons with the Sacramento Kings and Trail Blazers before leaving the NBA entirely in 2018. He was a stunning selection at No. 13 overall in 2016, and simply wasn't ready for the highest level of basketball at the time.

Now 25 years old, Papagiannis is changing the trajectory of his career. He made the All-EuroLeague Second Team this past season with Panathinaikos in Greece, and averaged 10.3 points, 8.2 rebounds and 1.7 blocks per game in EuroLeague play. He shot 64.6% from the field and showed all the tools of a low-usage, high-impact center in the EuroLeague and Greek Basketball League.

Papagiannis has impressive mobility for his 7-foot-1 frame. He often played in drop coverage or at the level of the screen, and was able to stick with most quicker guards on their drives. Even when he was caught out of position, like in the first highlight, he recovered well and used his length to swat shots. Papagiannis' sense of timing with his contests is pretty remarkable.

The elite shooting clip came from a heavy diet of roll-man and cutting shot attempts in the paint. Papagiannis was one of the more physically dominant bigs in his competitions last season. I think he would be hard-pressed to find that same dominance against bigger, faster and stronger NBA defenders. However, he definitely has the rhythm of rolling down pat, and he's developing a floater that could help him against rim-protecting bigs.

We don't know what Papagiannis' prospects are of making it back to the U.S., or if the Greek center even wants to leave his home country and longtime team. But he's certainly more polished than he was as a young prospect and fits as a plus defensive player who can maximize limited offensive responsibilites. Above all, it's just good to see Papagiannis thriving as a pro when the NBA gauntlet can often be demoralizing.