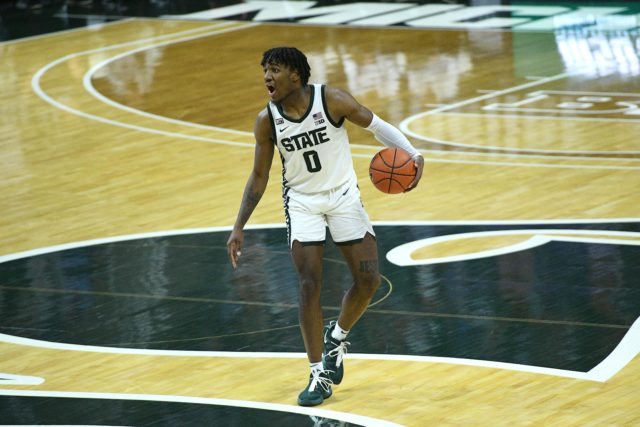 In his third year for the Spartans, Aaron Henry averaged career-highs in points (15.4), rebounds (5.6), assists (3.6), steals (1.3) and blocks (1.3). With good size and athleticism, he's been largely known for his on-ball defense, but he improved as a scorer this year. He is an inconsistent shooter from deep, but his value on defense may outweigh the lack of scoring punch in the NBA. He is a viable option for a team that's looking for a wing defender this July. 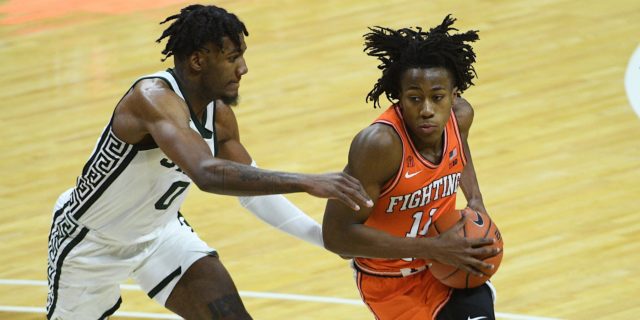