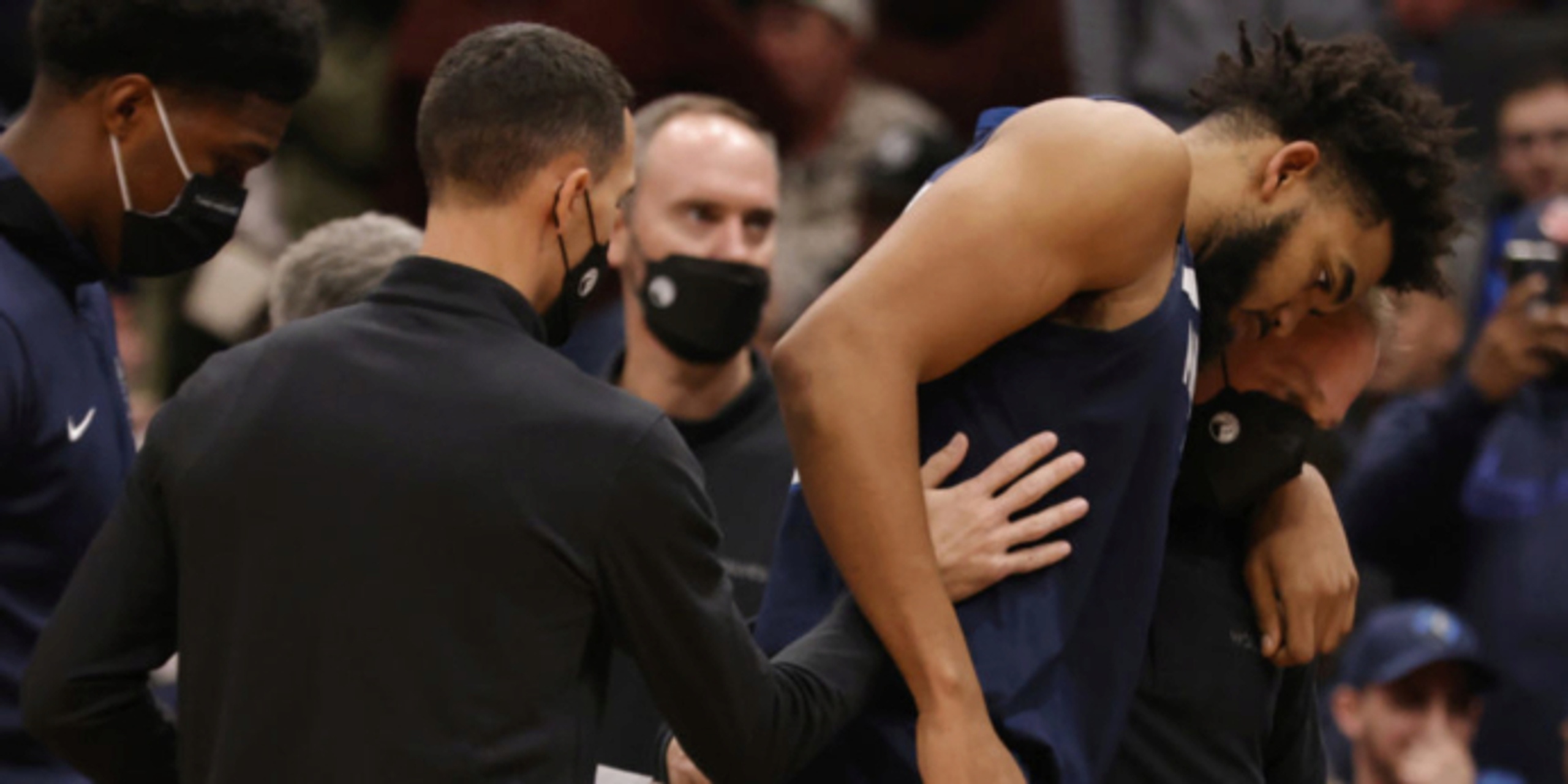 WASHINGTON (AP) — Montrezl Harrell scored 27 points and Bradley Beal added 19 to lift the Washington Wizards to a 115-107 victory over the Minnesota Timberwolves on Wednesday night.

Timberwolves star Karl-Anthony Towns had to leave the game with 2:14 remaining after injuring himself on a dunk.

Towns scored only two of his 34 points in the final period — and that was when he got free along the baseline for a dunk. After slamming the ball through, his momentum caused his body to fall horizontally and he appeared to land on his tailbone. ESPN's Adrian Wojnarowski reported that X-rays on the lower back of Timberwolves star Karl-Anthony Towns returned negative.

Minnesota lost for just the second time in nine games.

It was tied at 95 when Davis Bertans made a 3-pointer to start a 12-3 run by the Wizards. Daniel Gafford added a dunk during that stretch, and Harrell capped the run with a dunk and a free throw. Neither team had led by more than eight before that three-point play made it 107-98 with 4:16 to go.

It was 112-107 in the final minute before Kentavious Caldwell-Pope made a 3-pointer to close out the scoring.

Gafford had 18 points and 10 rebounds for the Wizards, who were back home after a four-game road trip.

Towns scored only three points in the first quarter, shooting 0 of 6 from the field. Then he scored 16 in the second and 13 in the third. Anthony Edwards had 25 points for the Timberwolves.