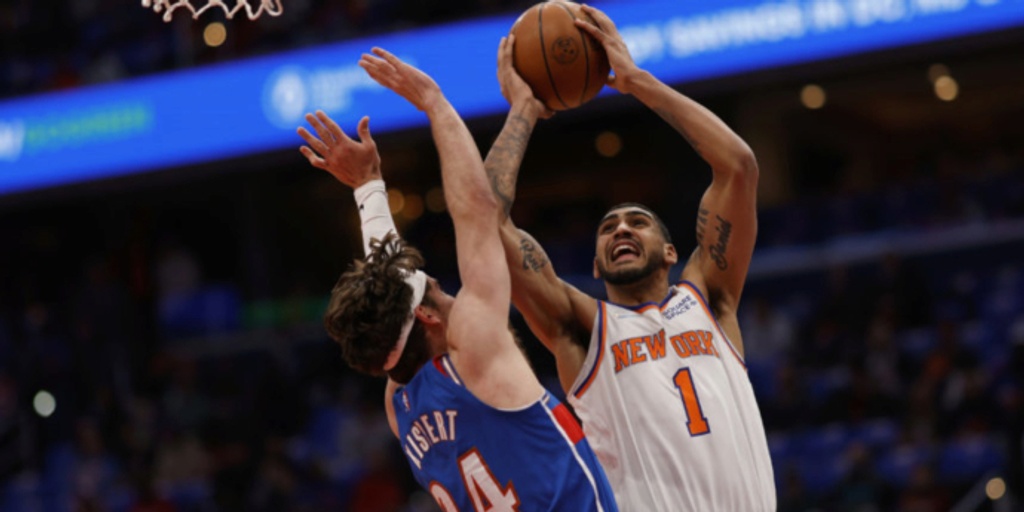 RJ Barrett scored 14 points for the Knicks before leaving the game with a sprained right knee. His early exit came on a night when a number of key players from both teams didn't play at all. Both teams are eliminated from playoff contention. New York (36-45) moved a game ahead of Washington (35-46) for 11th place in the Eastern Conference.

The Knicks allowed the game's first 10 points and shot just 2 of 9 from 3-point range in the first quarter, but they dominated after that. New York was 14 of 30 from long distance the rest of the way.

The Knicks took control when they outscored Washington 36-19 in the second quarter to lead 59-50 at halftime.

New York scored the final six points of the first half on a dunk and then a four-point play by Toppin. Then the Knicks scored the first 13 of the third quarter. Toppin capped the run with two more 3-pointers to make it 72-50.

Rui Hachimura led the Wizards with 21 points. Immanuel Quickley had 23 points and 10 assists for New York.

The Wizards have been without Bradley Beal (left wrist) for more than two months, and Kyle Kuzma (right knee) was out for a 12th straight game. Kristaps Porzingis (right knee) and Kentavious Caldwell-Pope (rest) did not play either.

Wizards: Washington was blown out despite shooting 51% from the field. The Wizards had 22 turnovers, which led to 33 New York points.

Wizards: At Charlotte on Sunday.