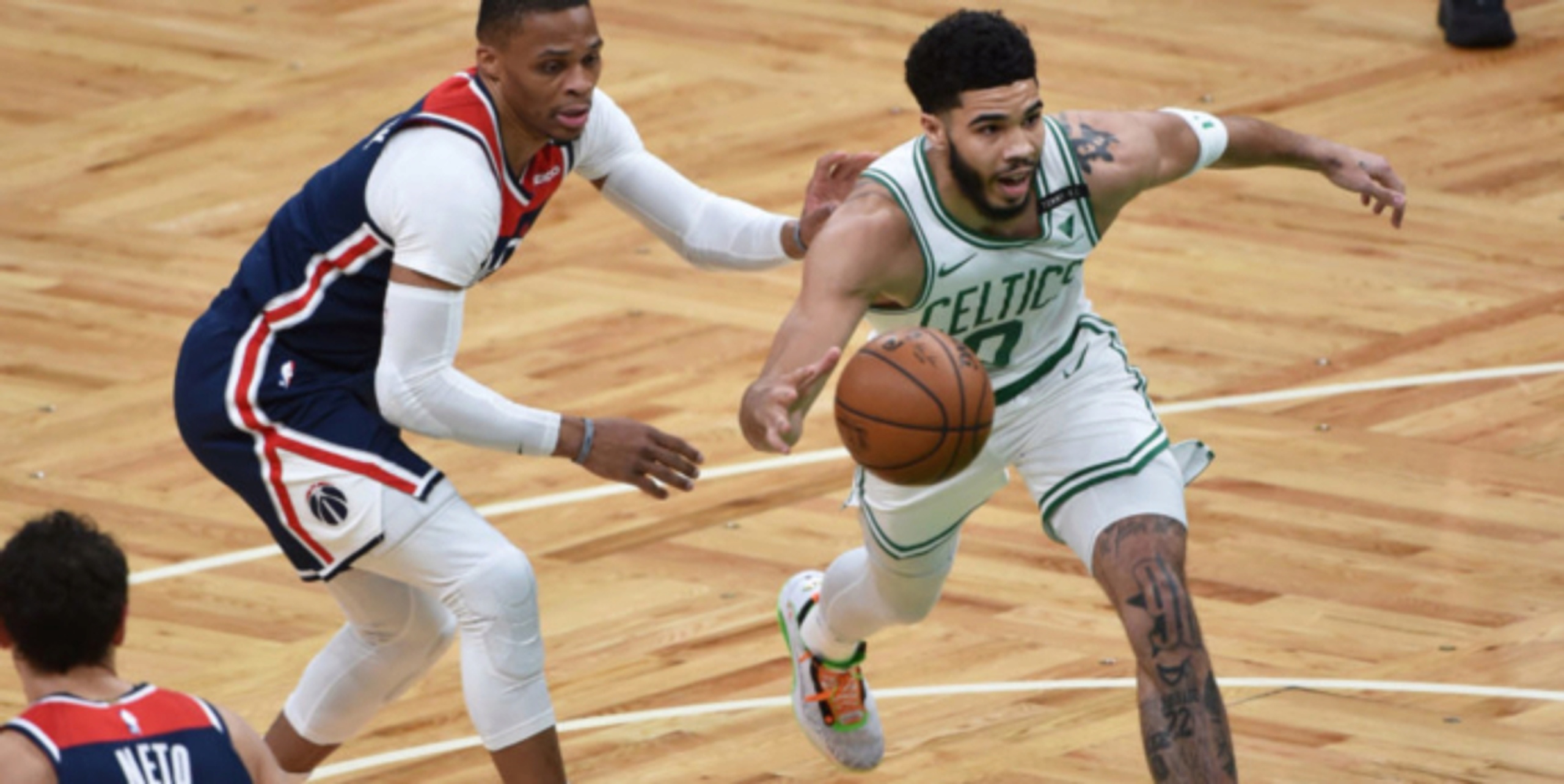 BOSTON (AP) — Jayson Tatum scored 32 of his 50 points in the second half, and the Boston Celtics rallied to beat the Washington Wizards 118-100 in the play-in round on Tuesday night.

Kemba Walker added 29 points for Boston, which secured the seventh seed for the playoffs and a first-round matchup with second-seeded Brooklyn. That series opens on Saturday.

Washington will host Indiana, which rolled over Charlotte in Tuesday’s other play-in game, for the eighth seed on Friday. The winner of that game will face Philadelphia, the top seed for the Eastern Conference playoffs.

The Celtics played without second-leading scorer Jaylen Brown, who had season-ending wrist surgery last week. He sat courtside to support his teammates, but they missed his offensive production in the first half while they struggled to get into a flow.

That changed in the third quarter. Boston opened the second half on a 22-4 run, opening a 74-58 lead.

Boston followed Tatum’s lead. The All-Star forward created space for open jumpers and drew contact in the lane. He was 17 of 17 from the free-throw line.

Beal, who is dealing with a tender left hamstring, didn’t have his usual explosiveness early on. He did his best to keep pace with Tatum and Walker, but the Wizards struggled with turnovers and cold outside shooting for most of the night.

Washington led 54-52 at halftime, shooting 50% from the field and getting a boost from its reserves, which outscored its Boston counterparts 22-6 in the opening 24 minutes.

The Celtics didn’t help themselves by shooting just 35% in the half, including 29% (7 of 24) in the second quarter.

Wizards: Beal and Westbrook both started slowly on offense, combining for six points on 2-of-9 shooting in the first quarter. … Raul Neto, who didn’t play in the final two games of the regular season because of a strained left hamstring, was in the starting lineup.

Celtics: Tatum has scored 40 or more points five times this season. … Outscored the Wizards 38-26 in the third quarter. … Scored 14 points off 11 Wizards turnovers in the first half.

Marcus Smart missed Boston’s regular-season finale with a bruised right calf. He got tangled up with Beal late in the second quarter and appeared to injure his ankle. He limped off the court and went straight to the locker room with 3:34 to play. He returned to the bench, stretched it out with a rubber band and returned at the 2:46 mark.

But the Celtics experienced another scary moment just over two minutes later when Tatum and Robert Williams collided near the baseline. Tatum was able to walk it off. But Williams, who had been a game-time decision with turf toe in his left foot, went to the locker room favoring his left leg.

Williams returned to start the third, but he played with a noticeable limp before being pulled less than two minutes into the period.