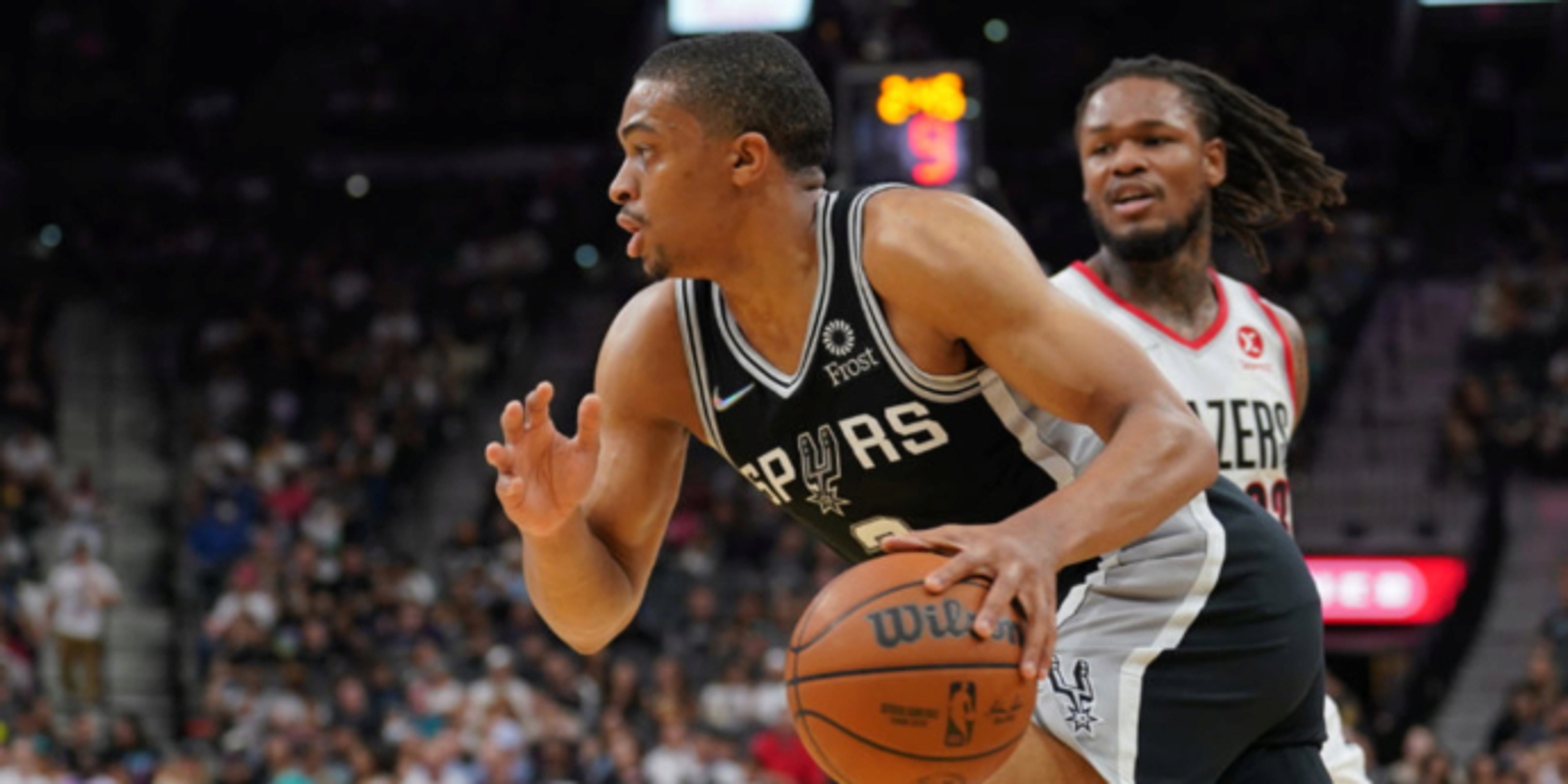 Coupled with the Los Angeles Lakers’ loss to Denver, San Antonio’s magic number for clinching 10th place in the Western Conference is two games. The Spurs (33-45) also hold the tiebreaker over the Lakers (31-47) with a better conference record.

San Antonio won a two-game weekend series with Portland to complete a four-game sweep of the Trail Blazers. It was the sixth win in seven games for the resurgent Spurs.

Keon Johnson and Ben McLemore had 19 points each to lead Portland.

San Antonio was without Dejounte Murray and Jakob Poeltl.

As they did Friday, the Trail Blazers took an early lead as the Spurs struggled to adjust without its missing starters.

San Antonio outscored Portland 34-16 in the third quarter to overcome a 13-point deficit.

The Spurs tied the game at 23 on a runner by Josh Richardson off a pair of offensive rebounds and then took the lead on Lonnie Walker IV’s 3-pointer.

The Blazers regained the lead in the second quarter, much to Spurs coach Gregg Popovich’s dismay. The veteran called a timeout with 7 minutes remaining after San Antonio allowed a 3-pointer that put up Portland up 43-37.

The Blazers were 6 for 10 on 3-pointers in the second quarter and shot 52% overall in the period. Portland finished 16 for 44 on 3-pointers and shot 40% overall.

Trail Blazers: Portland has lost four straight to San Antonio. The Trail Blazers' last victory at the AT&T Center was May 8, 2021. ... Portland is 27-51, its first 50-loss season since going 32-50 in 2007. ... Rookie F Greg Brown III was assessed a clear path foul with 11:30 remaining in the fourth quarter. After committing a turnover, Brown began attempting to wrap up Tre Jones near midcourt on a fast break. ... G Kris Dunn received a flagrant foul 1 after hitting Johnson in the head on a layup attempt with 8 minutes remaining in the fourth. Initially ruled a common foul, the penalty was changed after video review. Johnson had to reinsert a contact lens before shooting free throws.

Spurs: San Antonio star Manu Ginobili received a standing ovation after the Spurs honored the Argentinian for his selection to the Naismith Memorial Basketball Hall of Fame. The Spurs showed a video of Ginobili receiving a call from Hall of Fame president John Doleva informing him of the selection. San Antonio then cut to a live shot of Ginobili, who was in attendance — which drew another huge roar and standing ovation. ... Murray and Poeltl were both late scratches from the starting lineup. Murray is still battling a non-COVID upper respiratory illness. Poeltl has a back injury. ... Collins was a rebound shy of completing his first career double-double on Friday. ... C Jock Landale did not return after spraining his right foot 30 seconds into the second quarter. After writhing in pain on the court for about a minute, Landale walked back to the locker room unassisted. ... Romeo Langford played for the first time since March 7 after missing 12 straight games due to an injured hamstring.

Spurs: At Denver on Tuesday night.