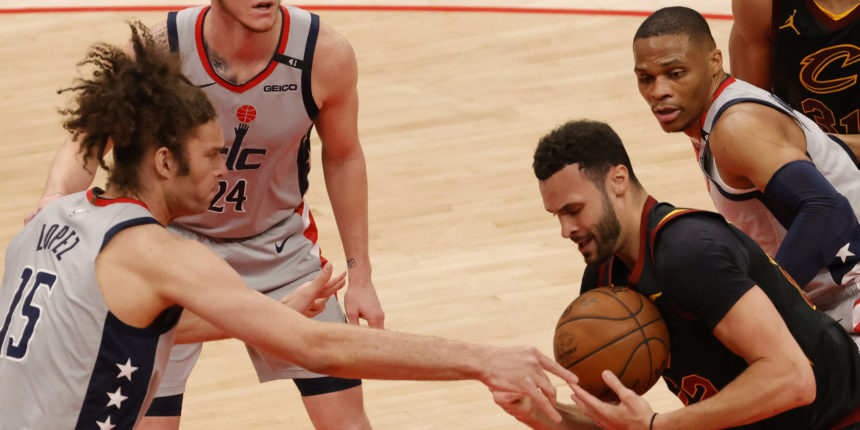 Cavaliers forward Larry Nance Jr. broke his right thumb in Sunday's loss at Washington and likely will miss the remainder of the season.

Nance's injury was one of several suffered by Cleveland players and will leave the Cavaliers short-handed for Monday night’s game against Toronto in Florida.

Guard Matthew Dellavedova is out with a neck strain and after receiving four stitches when he was accidentally head-butted. Also, center Isaiah Hartenstein and forward Lamar Stevens suffered concussions against the Wizards.

Leading scorer Collin Sexton missed the game with a concussion he got last week in Charlotte. He also has been ruled out again, and there's no timeline on a return.

The broken thumb is the latest medical setback for Nance, who missed seven games recently with an undisclosed illness and more than a month with a broken left hand.

Cleveland has 12 games left in a season that has been marred by injuries.