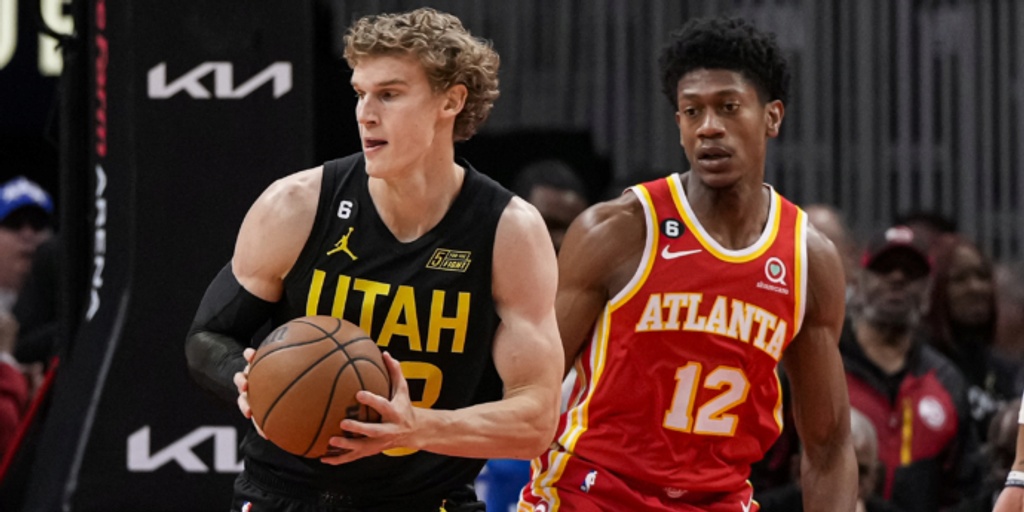 ATLANTA (AP) — The best 3-point defense in the NBA was no match for Lauri Markkanen and the Utah Jazz.

Markkanen scored a season-high 32 points and the Jazz recovered after blowing a 15-point lead to beat the Atlanta Hawks 125-119 on Wednesday night.

“That's kind of our thing,” said Markkanen, who went 6 of 8 from long range. "We keep the ball popping and everybody is having fun. Just keep having fun. Keep knocking them down.”

Jordan Clarkson had 23 points, his fifth straight game with at least 20, to give the Western Conference-leading Jazz (10-3) their fourth straight win. Malik Beasley added 18 points, all on 3s.

Dejounte Murray scored 26 points and Trae Young recovered from a slow start to add 22 for the Hawks, who took a 90-85 lead into the final period.

While the Jazz thrived on long-distance shots, Murray thought the Hawks — who went 8 of 28 on 3s — passed up too many opportunities.

“I think we got a lot of looks that we turned down,” he said. “That was something I kept preaching. ... We've definitely got to take the ones we create.”

De'Andre Hunter's 3 cut Utah's lead to 121-116 with a minute remaining, but Markkanen's follow basket pushed the advantage back to seven.

The Hawks (7-4) had their three-game winning streak snapped. Atlanta beat the Eastern Conference-leading Milwaukee Bucks 117-98 on Monday night but couldn't add another win over a conference leader.

After trailing by 15 in the second quarter and 63-54 at halftime, the Hawks took the lead by outscoring the Jazz 36-22 in the third period. Young had nine points in the quarter after scoring only six in the first half.

“They came out hard in the third,” Markkanen said. “I don't think we were quite ready for that.”

Utah coach Will Hardy gave credit to Utah's backups for stopping Atlanta's surge at the end of the third period, setting the stage for the fourth-quarter recovery.

“It allowed us to stay in the game,” Hardy said. “I'm really proud of the way our guys responded to some adversity on the road.”

Markkanen added eight rebounds and extended his strong start to the season. He had five double-doubles while averaging 21.9 points in the first 10 games for the Jazz.

The 7-foot forward scored Utah's first six points on free throws. “I got into a rhythm just getting to the line early,” Markkanen said.

“I'm really happy for him,” Hardy said. “This was a mini-homecoming for him in front of a lot of family and friends.”

Hawks: C Clint Capela had 15 points and matched his season high with 19 rebounds. ... Hunter had 22 points. ... Young returned after missing one game with right shin soreness. He made 10 of 28 shots and added nine assists.

Jazz: At the Washington Wizards on Saturday.

Hawks: Host the Philadelphia 76ers on Thursday night to complete a four-game homestand.