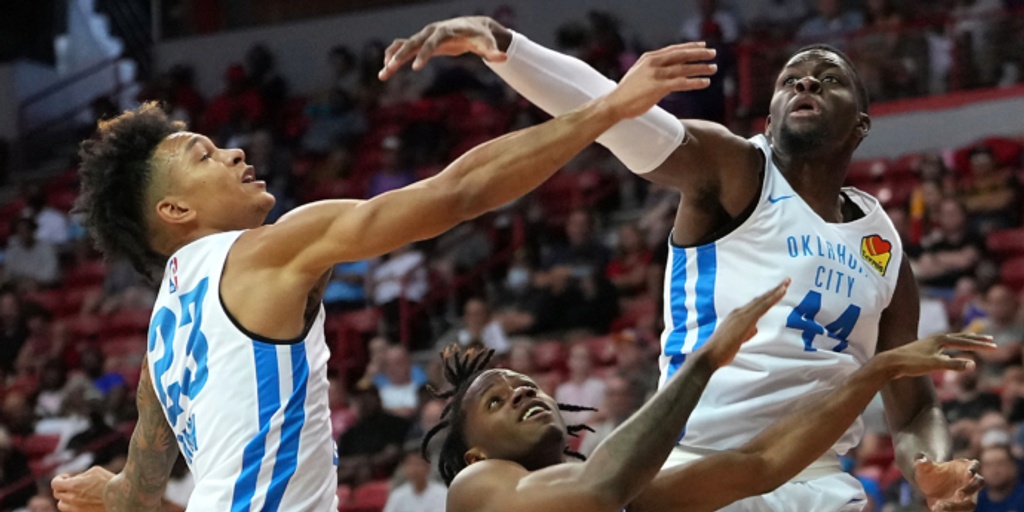 Tre Mann had 15 points and seven assists to lead the Oklahoma City Thunder to an 86-80 victory over the Sacramento Kings on Wednesday night in the NBA Summer League.

No. 2 overall pick Chet Holmgren had eight points, five rebounds, five steals and three assists before fouling out. No. 12 pick Jalen Williams added 12 points, while No. 11 pick Ousmane Dieng — acquired in a draft-day trade with the Knicks — had 12 points and seven rebounds.

Sandro Mamukelashvili had 18 points and 15 rebounds to lead Milwaukee Bucks past Minnesota.

Mamukelashvili, who was coming off a 28-point game Monday, also had four of Milwaukee's 25 assists on 30 field goals.

Ochai Agbaji scored 24 points, with four 3-pointers, for Cleveland (1-2). Cameron Young added 11, Amauri Hardy had 10 and Isaiah Mobley grabbed 11 rebounds. The Cavaliers were 5 of 25 from distance.

New Orleans trailed at halftime, but outscored Washington 28-15 in the third quarter to take the lead for good.

Jared Harper made 10 of 14 free throws and had 18 points and six assists for New Orleans (2-1). Daeqwon Plowden added 16 points and Dereon Seabron had 13.

Dowtin made a contested layup with 45.6 seconds left for a four-point lead. Utah missed 3-pointers on its next two possessions and Dowtin sealed it with two free throws.

Malik Ellison had 12 points and 10 rebounds for Philadelphia.