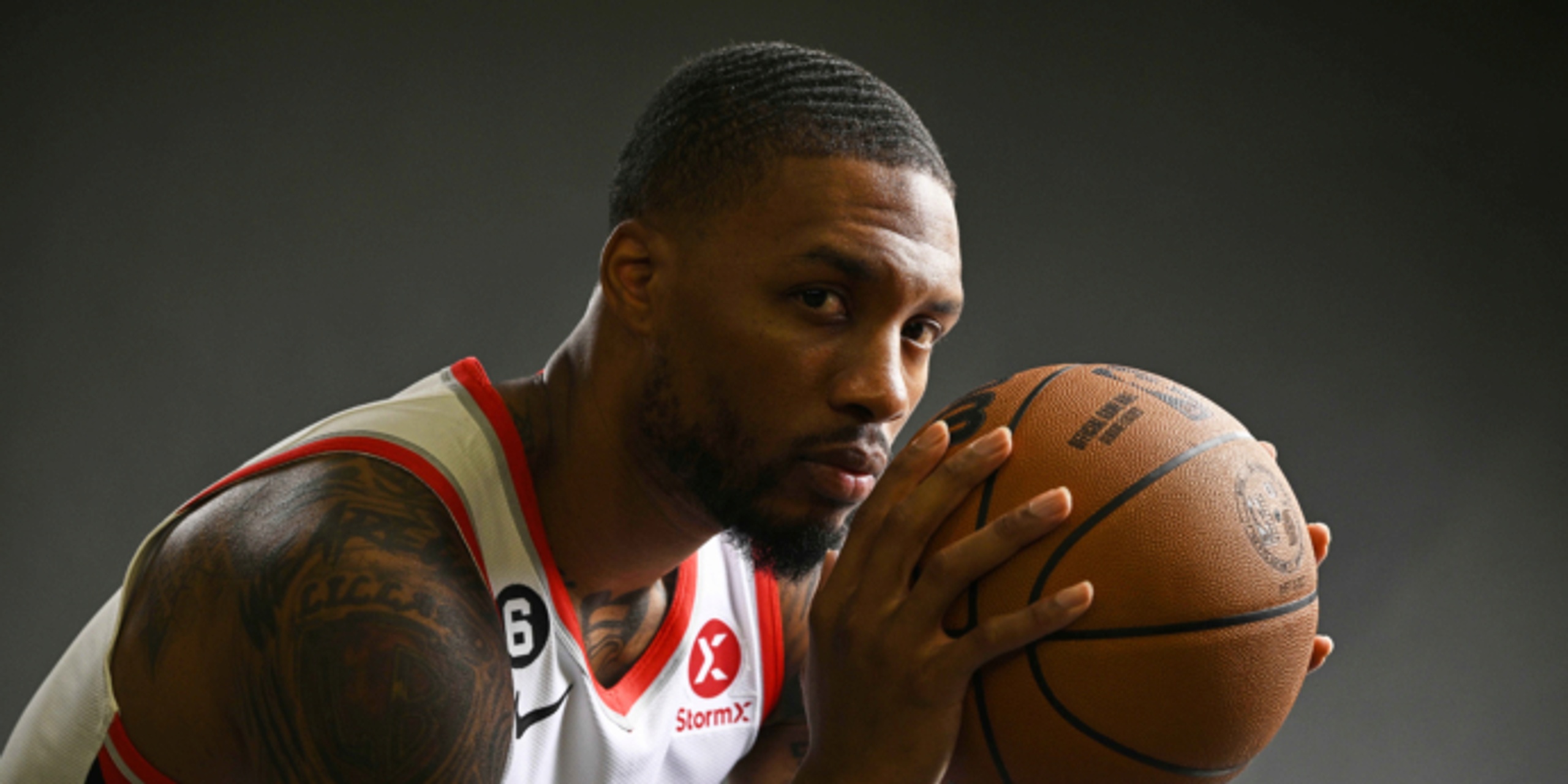 PORTLAND, Ore. (AP) — The Trail Blazers' new starting duo of Damian Lillard and Anfernee Simons has been years in the making.

Even though Portland had a long-established backcourt with Lillard and CJ McCollum, behind the scenes Lillard helped guide Simons' development. That mentorship became important last year when Lillard was injured, McCollum was traded to New Orleans and Simons was thrust into a starting role.

And it's going to be key again this season, when Lillard and Simons share the court.

“I believe in him, he believes in me. Now it’s just time to continue to grow that. We've got to share the floor," Lillard said Monday. “And one thing me and CJ always did was we made sure we had each other's best interests.”

It's not just the starting backcourt that will look new this season for the Blazers. The team was busy at last year's trading deadline and again in the offseason. Among the additions are Jerami Grant and Gary Payton II, and first-round draft pick Shaedon Sharpe.

The Blazers went 27-55 last season, their worst finish since 2005-06 when they won just 21 games. Over the course of the season, the Blazers used 34 different starting lineups, winding up at 13th in the Western Conference.

Lillard, Portland's six-time All-Star, played in just 29 games, the result of a nagging abdominal injury that required surgery in January.

Simons, 23, stepped in and took advantage of the opportunity, averaging 23.4 points and 5.8 assists as a starter. He scored a career-high 43 points on Jan. 3 against Atlanta, making him the youngest Trail Blazer ever to have a 40-point game. He had 18 games with five-plus 3s.

The Blazers shut Simons down at the end of the season, and he missed the final 17 games with left knee patellar tendinopathy.

Blazers coach Chauncey Billups said the theme for this season is connection. Lillard and Simons already have it, even if they haven’t often started together.

“It's going to be a slight adjustment,” Simons said of his new role. “But I think both of us have been in constant communication about how we want to play and what we want to do, so I think it's going to be a pretty easy adjustment. Obviously most of the time last year I was the primary ball handler, I always had the ball in my hands. Now with Dame, he's the guy, so just playing off each other is going to be a little bit of an adjustment.”

It will be an adjustment for Lillard, too, embarking on a season without McCollum.

“It was definitely a little bit weird last season once the trade happened and him not being around,” Lillard said. “I was so used to him being around, his locker right across from mine, talking to him after games, at practice. I was just used to it, that was pretty much my whole career.”

Lillard and Simons will be with the Blazers for a while. Lillard agreed to a $122 million contract extension that will keep him in Portland through the 2026-27 season.

Simons signed a four-year extension this summer worth a reported $100 million.

The Blazers were headed to Santa Barbara on Monday night for an away camp before opening the preseason in Seattle against the Los Angeles Clippers on Oct. 3.

Billups wants his players to get a chance to get to know one another without distractions.

“The NBA is just so tough now to practice, and bond and connect once the season gets going,” Billups said. “And I've always thought that the best way to connect for a team is on the road and being away, because you've got to lean on each other.”

Commissioner Cathy Engelbert said this month that the WNBA is considering some 10 cities for expansion. The hope is to add two more teams to the league before 2025.

Portland is one of the cities hoping for a franchise — or, more specifically, a reboot. The Portland Fire played in the WNBA for three seasons from 2000-2002. The late Paul Allen, owner of the Blazers, declined to buy the Fire when the NBA sold ownership of the teams.

Dewayne Hankins, Blazers president of business operations, said the Blazers are in contact with one ownership group interested in bringing the WNBA back.

“We're excited. Anytime people want to bring more basketball to the Rose Quarter campus, the better for us,” he said. “So we're here standing by and supporting whatever effort that looks like, for sure.”