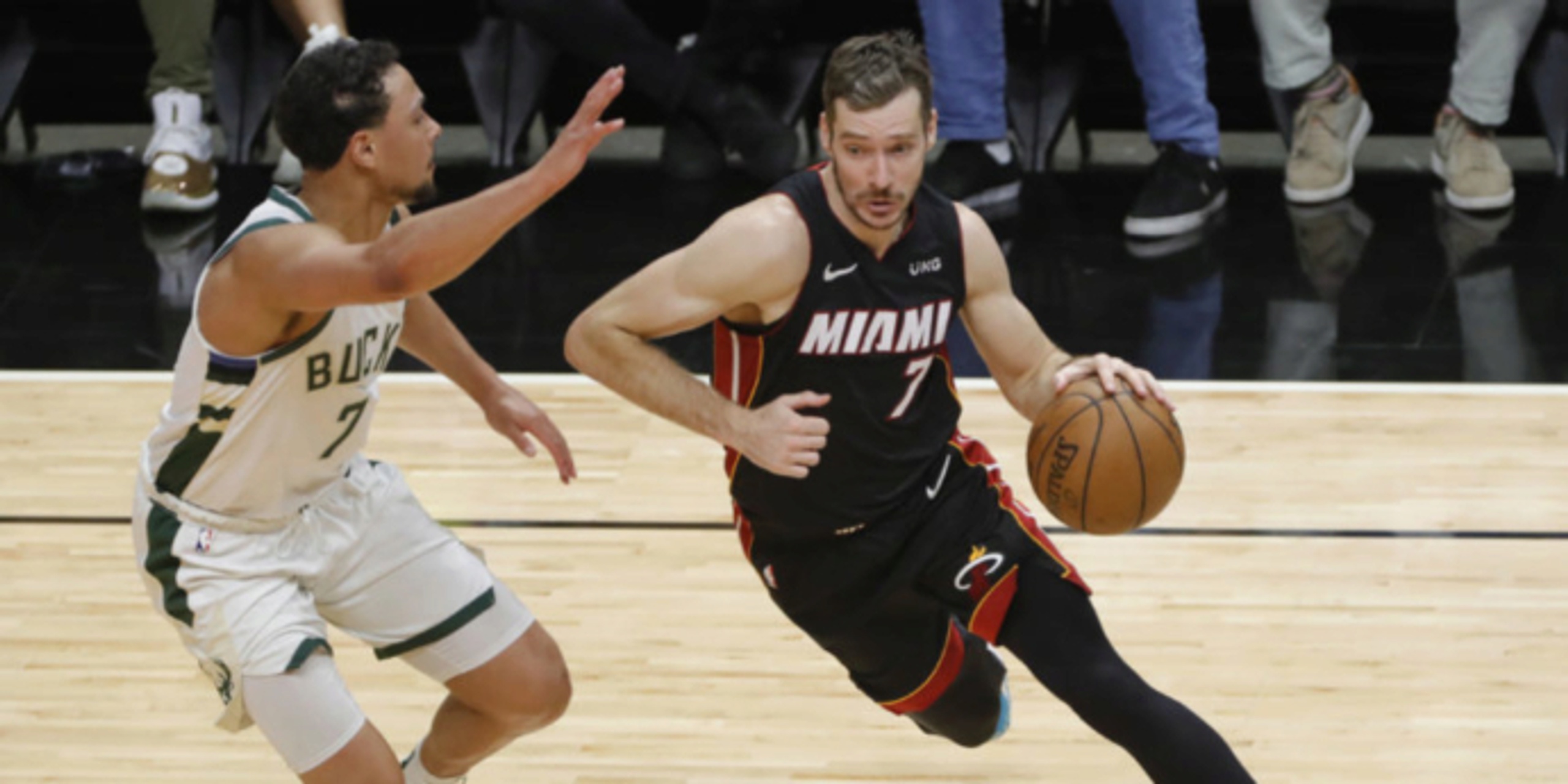 BasketballNews.com Staff
Aug 1 2021 6:50PM UTC



The Miami Heat are picking up guard Goran Dragic’s $19.4 million team option for the 2021-22 season, sources tell @TheAthletic @Stadium.
Source: Shams Charania of The Athletic (Twitter)
ANALYSIS: Although in a reduced role, the 35-year-old Dragic continued to produce for Miami last season as he averaged 13.4 points, 3.4 rebounds and 4.4 assists in 26.7 minutes per game. Even at the cost of $19.4 million, he should still prove a value for the team off the bench next season.

That said, Dragic might not be in Miami much longer, as ESPN's Adrian Wojnarowski notes that Toronto Raptors free agent Kyle Lowry remains a "firm target" of the Heat and that Miami's decision to exercise Dragic's option could be a "possible precursor" to a potential sign-and-trade.