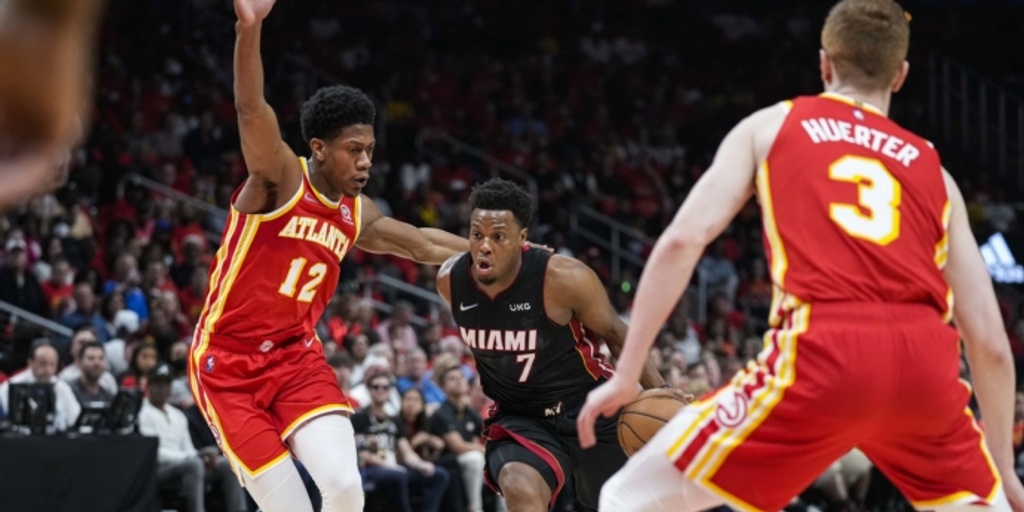 The Atlanta Hawks are emphasizing defensive improvement as they consider offseason changes.

Change already has come in the front office, where Landry Fields has been promoted to general manager.

Field on Monday continually stressed defense as the offseason priority for a team that took a big step back after advancing to the 2021 Eastern Conference final.

Fields said a defensive identity must be established for the Hawks to make another run at the title after being eliminated in the first round by Miami.

“The identity defensively has been, well that’s something we’re going to have to build into,” Landry said. “That’s been part of the reason why we haven’t taken that step. We have to have an everyday hard-hat approach to our defensive capabilities. ... The identity piece is going to come when we see it consistently.”

The Hawks ranked only 21st in the league in scoring defense, allowing 112.3 points per game. It was a big reason the team played below .500 much of the season before making the play-in tournament and then earning the No. 8 seed in the playoffs.

Fields had been assistant GM. His promotion becomes official on July 1 and has not been announced by the team. Even so, he discussed his new role on Monday and said team president Travis Schlenk “is still the decision-maker.”

Atlanta has the No. 16 overall pick in Thursday's NBA draft but could trade that pick for a veteran player.

“It’s always a fine line and you have those discussions for sure,” Fields said.

Fields, 33, had a five-year career as a player with the New York Knicks and Toronto before becoming a fast riser off the court. He took a scouting position with San Antonio in 2016 and joined the Hawks as assistant GM in 2020.

A disappointing finish this season have forced the Hawks to consider changes.

“It seems natural based off of where we wanted to go this season and where we ended up,” Fields said.

“I think we should have tried to get better rather than bring back what we had,” Ressler said last month before adding "That won’t happen again, by the way. It was a mistake, in my opinion.”

Ressler's comments have fueled speculation the Hawks are open for a trade.

Fields said the Hawks have had calls from teams “about any and every player. We take that in and see if there’s anything that makes sense."