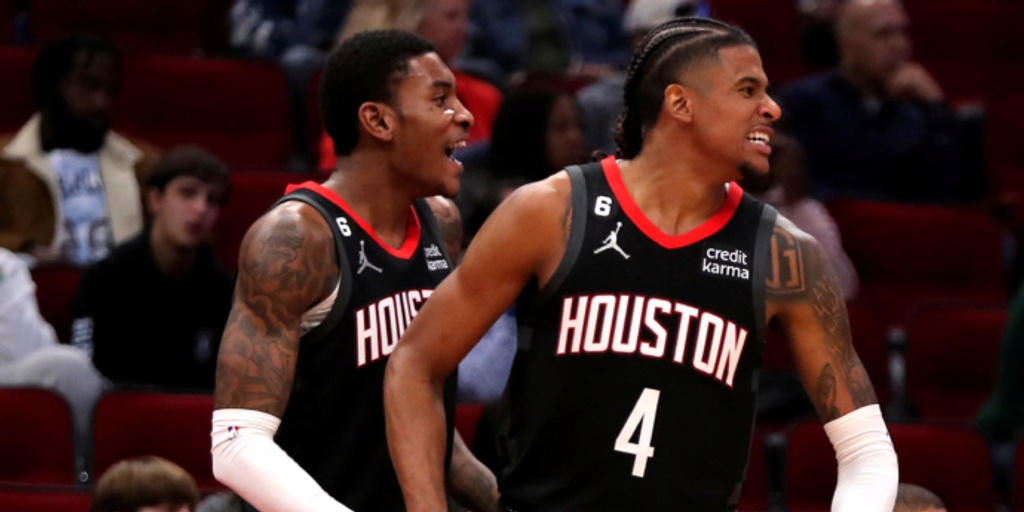 Rookie Jabari Smith Jr. had his third double-double with 15 points and 13 rebounds for the Rockets, who have won back-to-back games for the first time since beating Portland last March 25-26.

Smith is the 12th player 19 years old or younger to have at least three double-doubles within his first 18 games. Smith recorded his 100th career defensive rebound in the first quarter as well.

Josh Giddey chipped in 18 points and Jalen Williams scored 11 for the Thunder, who have dropped four of five.

After missing Friday’s game against the Atlanta Hawks, Eric Gordon and Sengun returned to the starting lineup and had an immediate impact for Houston.

Sengun scored seven points in the first quarter before Gordon made a 3-pointer with 2.8 seconds left for a 23-22 lead. Gordon finished with 15 points and was 4 of 6 on 3s.

Thunder: Mike Muscala missed his third straight game with a broken left pinky … Oklahoma City started the game 1 of 8 from 3 and finished 9 of 37 (24.3%).

Rockets: Gordon and Sengun both had been sidelined by right groin strains.… Ja’Sean Tate was out for the 12th straight game with a sore right ankle.

Thunder: At New Orleans on Monday

Rockets: At Denver on Monday