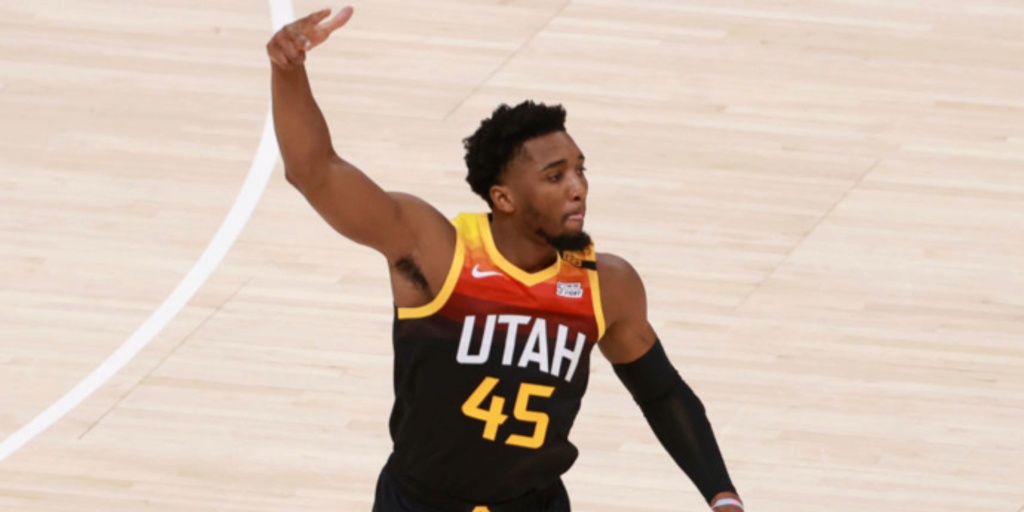 Donovan Mitchell scored 25 points in his much-anticipated return from a sprained ankle and the Utah Jazz overcame Ja Morant’s franchise-record 47 points in a 141-129 victory over the Memphis Grizzlies on Wednesday night, tying the first-round playoff series at a game apiece.

25 PTS, 5 3PM for @spidadmitchell as the @utahjazz tie the series 1-1 in his return to action! #TakeNote #NBAPlayoffs

Mitchell, who was limited to 26 minutes, made five 3-pointers. Rudy Gobert had 21 points, 13 rebounds and four blocks for the Jazz.

Mike Conley had 20 points and a career-best 15 assists, and Bojan Bogdanovic added 18 points to help the Jazz knot the series.

Morant broke Conley’s Memphis playoff scoring record, and became the first player to score as many as 71 points in his first two career playoff games since the NBL merged with the BAA to create the NBA before the 1949-50 season.

Ja Morant had no quit in him tonight 😤

Two Gobert dunks off pick-and-rolls powered a 10-0 run that bridged the third and fourth quarters and gave the Jazz a 110-97 lead following a three-point play by Mitchell.

Dillon Brooks, who scored 23 points, had a dunk that got the Grizzlies within 121-112 with 7:06 to play, but Memphis couldn’t stop Utah’s multifaceted attack, which scored at least 36 points in three of the four periods.

Mitchell was ready to play on Sunday, but the Jazz medical staff scratched him from the lineup hours before the game, frustrating the Utah star who missed 17 games with a sprained ankle.

Mitchell’s anger simmered as he watched the Jazz drop Game 1 to a motivated Memphis squad. He eventually met with his teammates and made sure they knew it wasn’t his decision to sit, and that he wanted to be on the court.

On Monday, Mitchell proclaimed he was playing in Game 2 no matter what, and the team agreed. He tried to make up for lost time, scoring 12 points with three 3s in his first eight minutes.

As he did in the first game, Brooks gave the Grizzlies a big lift once he got some relief from foul trouble. He and Morant got in the lane time and again as Memphis made 17 of 20 field goals to start the third quarter, trimming the lead to 93-91 on Melton’s 3-pointer.

The Grizzlies scored 43 points in the third — a franchise record — on 67% shooting, led by Morant’s 13 in the period.

The Jazz were aggressive in the first half, driving the ball to the basket or dishing back for 3s. Utah shot 10 for 19 from long range and made 18 of 25 free throws to take a 74-54 halftime lead.

Jordan Clarkson was presented with the Sixth Man of the Year award before the game and finished with 16 points.

Early on, the Jazz extended their defense beyond the 3-point line and often had an extra defender trap or run at Morant before he could get going. But Morant found a way to score 20 points in the first half, but didn’t get much help from the rest of the Grizzlies until their third-quarter outburst.

Grizzlies: Brooks, the league leader in fouls during the regular season, picked up his third 9:10 before halftime, after an unsuccessful coach’s challenge. … Valanciunas got a technical foul with 9:42 to play after hitting Gobert in the face after making a layup.

Jazz: After Clarkson missed all eight 3s in Game 1, he banked in his first attempt from beyond the arc. … Georges Niang got a Flagrant 1 trying to stop Morant on a fast break in the fourth quarter.. … The only cheer rivaling Mitchell’s first basket was Gobert’s block of Morant’s would-be dunk in the first half.