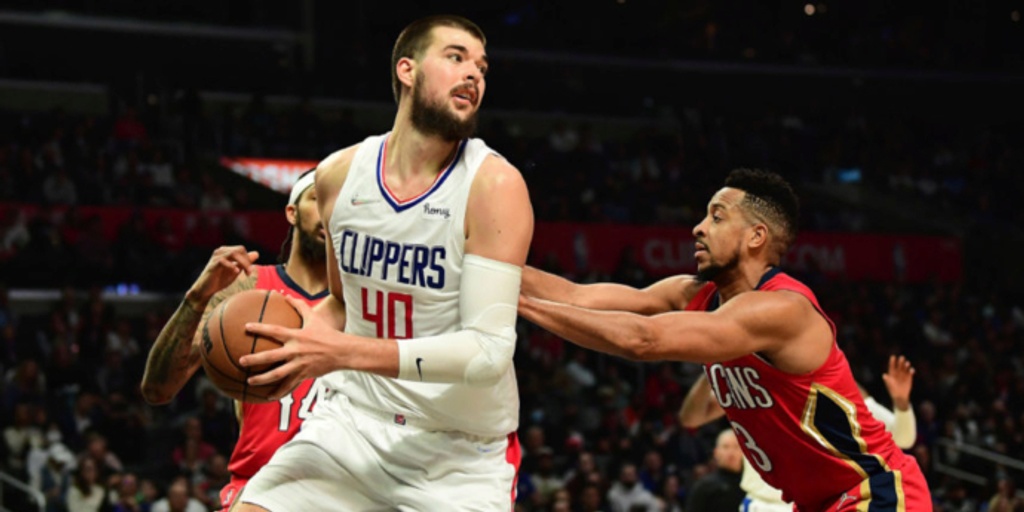 Marcus Morris Sr. scored 22 points, Ivica Zubac got his 22nd double-double of the season with 16 points and 14 rebounds, and the Los Angeles Clippers prevented the New Orleans Pelicans from clinching a spot in the play-in tournament with a 119-100 victory Sunday night.

While the Pelicans are still fighting for their play-in spot, the Clippers (39-40) wrapped up the eighth seed with the win.

“I thought we addressed what we needed to. We took care of business,” said Paul George, who had 15 points, seven assists and five rebounds in his third game back for the Clippers. “I challenged the team first game back to shape into more of a playoff team. Overall, we’re starting to."

Morris made four 3-pointers for the Clippers, who were 21 of 44 from beyond the arc. It is the first time in franchise history they have made at least 20 in back-to-back games. Los Angeles made 23 3s and set a franchise record for points in a 153-119 victory over Milwaukee on Friday night.

Eight players made a 3-pointer for the Clippers. George led the way with five while Luke Kennard Jr. also had four.

The Clippers, winners of three of their last four games, made all eight of their shots from the perimeter in the first quarter. According to Sportradar, it is the first time since at least 1996 Los Angeles has had a perfect quarter with seven or more attempts.

“When we’re touching the paint and guys are attacking the basket, we’re going to get open 3s and shots if guys make the right play. We did that all night long,” coach Tyronn Lue said.

CJ McCollum had 19 points and Brandon Ingram added 15 for the Pelicans, who had their three-game winning streak snapped. New Orleans could have wrapped up a play-in tournament berth with a win after Denver defeated the Los Angeles Lakers earlier in the day.

The Pelicans, who began the season 3-16, can secure a play-in spot with a win over Sacramento on Tuesday.

“I’m happy this was tonight so we can have urgency in the next three or four games,” Ingram said.

The Clippers trailed 25-21 before going on a 32-8 run over a nine-minute span to take control. The spurt included six 3-pointers.

“We just didn’t make the game as tough as we needed to,” Pelicans coach Willie Green said. "You can tell that they were prepared and they came in and they had maybe half a step faster than we were in terms of the force they played with.”

George had 12 points and four assists in the first quarter, but was mostly quiet the rest of the game. He played only 29 minutes in a game that was largely over by halftime.

The Clippers have three regular-season games remaining until the play-in tournament. Lue said trying to get George back into rhythm is a key focus for the upcoming week after he missed 43 games due to an elbow injury.

Pelicans: Conclude their four-game road trip against the Sacramento Kings on Tuesday.

Clippers: Host the Phoenix Suns on Wednesday. The Suns have won two of the three meetings.