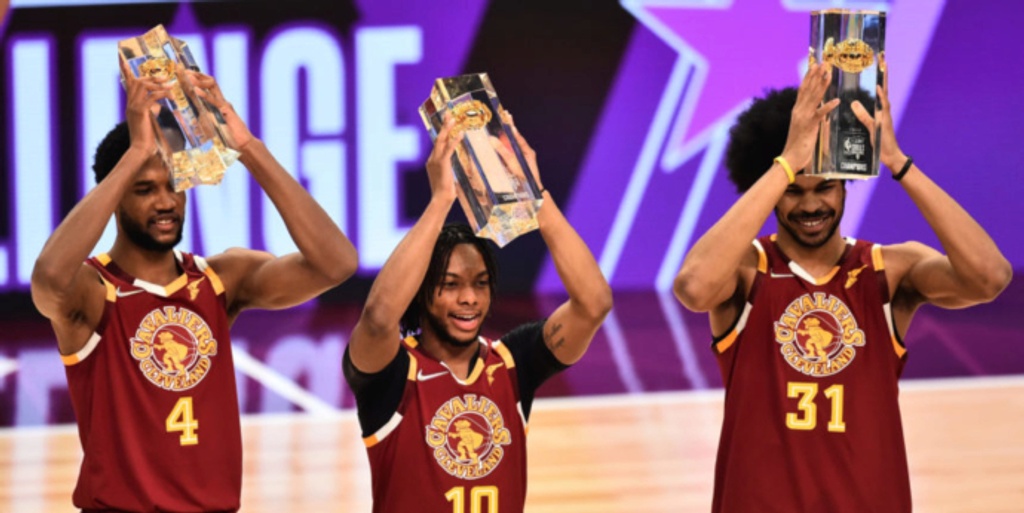 The host Cleveland Cavaliers were the first winners of the revamped Skills Challenge.

Rookie Evan Mobley gave his team a victory by nailing a halfcourt shot on his first attempt, allowing the Cavs to close out the final portion of the contest in 5.5 seconds.

All-Stars Jarrett Allen and Darius Garland were the other members of the winning team to kick off All-Star Saturday.

The rookie squad of No. 1 pick Cade Cunningham of Detroit, Scottie Barnes of Toronto and Josh Giddey of Oklahoma City was the runner-up in the contest combining shooting, passing and dribbling.

Giannis Antetokounmpo and his brothers Thanasis and Alex finished third.

The Antetokounmpo brothers clearly enjoyed competing together as a team. There were engaged and all smiles from the outset of the challenge. They were asking the referees for a video review of the end of the passing portion of the event.

Still to come is the 3-point shooting and dunk competitions.