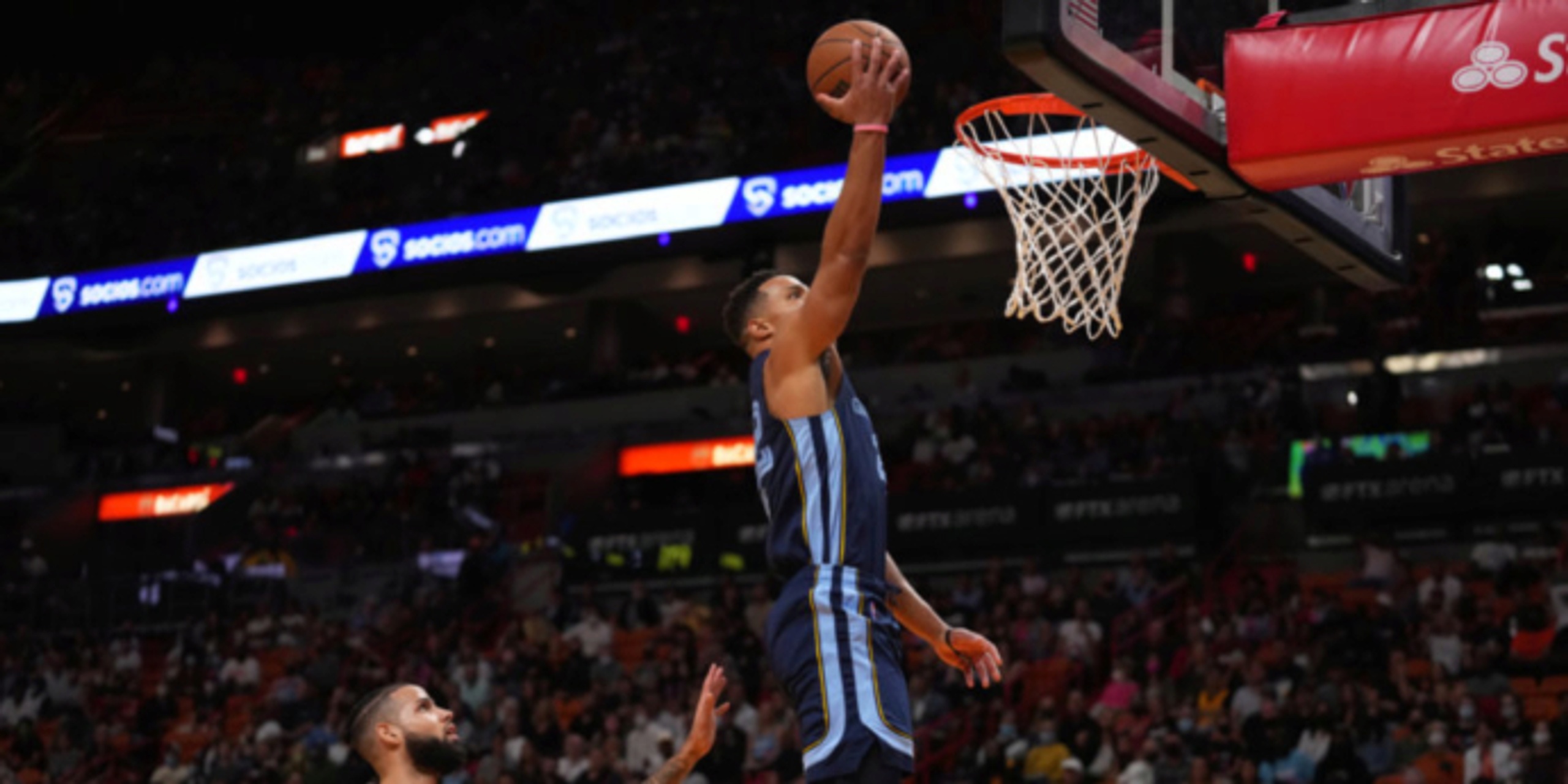 The win was Memphis’ fifth straight without leading scorer Ja Morant, who hurt his left knee against Atlanta on Nov. 26. The Grizzlies have not trailed during their streak.

All five Grizzlies’ starters finished in double figures. Steven Adams had 17 points and 16 rebounds, while Tyus Jones and Jaren Jackson scored 14 points each.

The Grizzlies opened the game on a 20-6 run and built an 11-point halftime lead. Then they maintained the double-digit advantage throughout the second half.

Miami’s Jimmy Butler returned from a four-game absence because of a bruised tailbone and scored 10 points before leaving for the locker room midway through the third quarter. He didn't return. Butler favored his back after a hard fall in a missed driving layup early in the first quarter.

Tyler Herro had 24 points and Kyle Lowry finished with 17 points for the Heat, who have lost four of five and three straight at home.

The Grizzlies beat a Southeast Division foe for the first time this year after losses to Miami, Washington, Charlotte and Atlanta. ... F Ziaire Williams was helped off the court after spraining his left ankle early in the second quarter and didn’t return. Williams played three minutes in his return from a three-game absence because of right knee soreness.

HOME FOR A WHILE

Monday was the start of the Heat’s first homestand that goes beyond two games. The early schedule has featured trips of four and five away games. After the Heat complete this three-game home set against Chicago on Saturday, they will begin another four-game trip Dec. 13 in Cleveland.