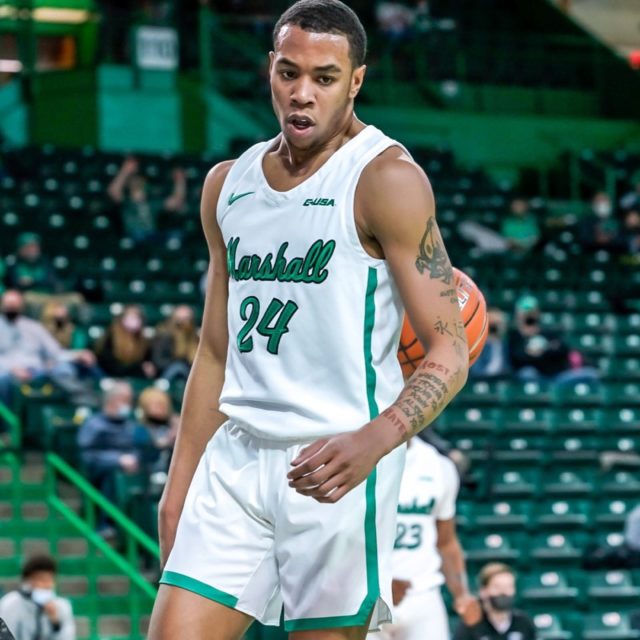 Taevion Kinsey had a terrific junior season, solidifying himself as one of the best volume scorers in the country. In addition to being extremely athletic, Kinsey has the potential to be a lead pick-and-roll handler on offense while being effective off-ball as a shooter as well. He also provides value in other areas as a rebounder and facilitator. With continued scoring versatility, Kinsey could cement himself as one of the best win-now, experienced prospects in the 2022 NBA Draft.